Posted on July 20, 2020 by largebluefootballs

In a 2015 Facebook post, Stephen Sizer insinuated Israeli responsibility for the 9/11 terrorist attacks on the USA , leading to a complaint against him by the Board of Deputies of British Jews [1]. His source was a conspiracy theory website called Wikispooks. 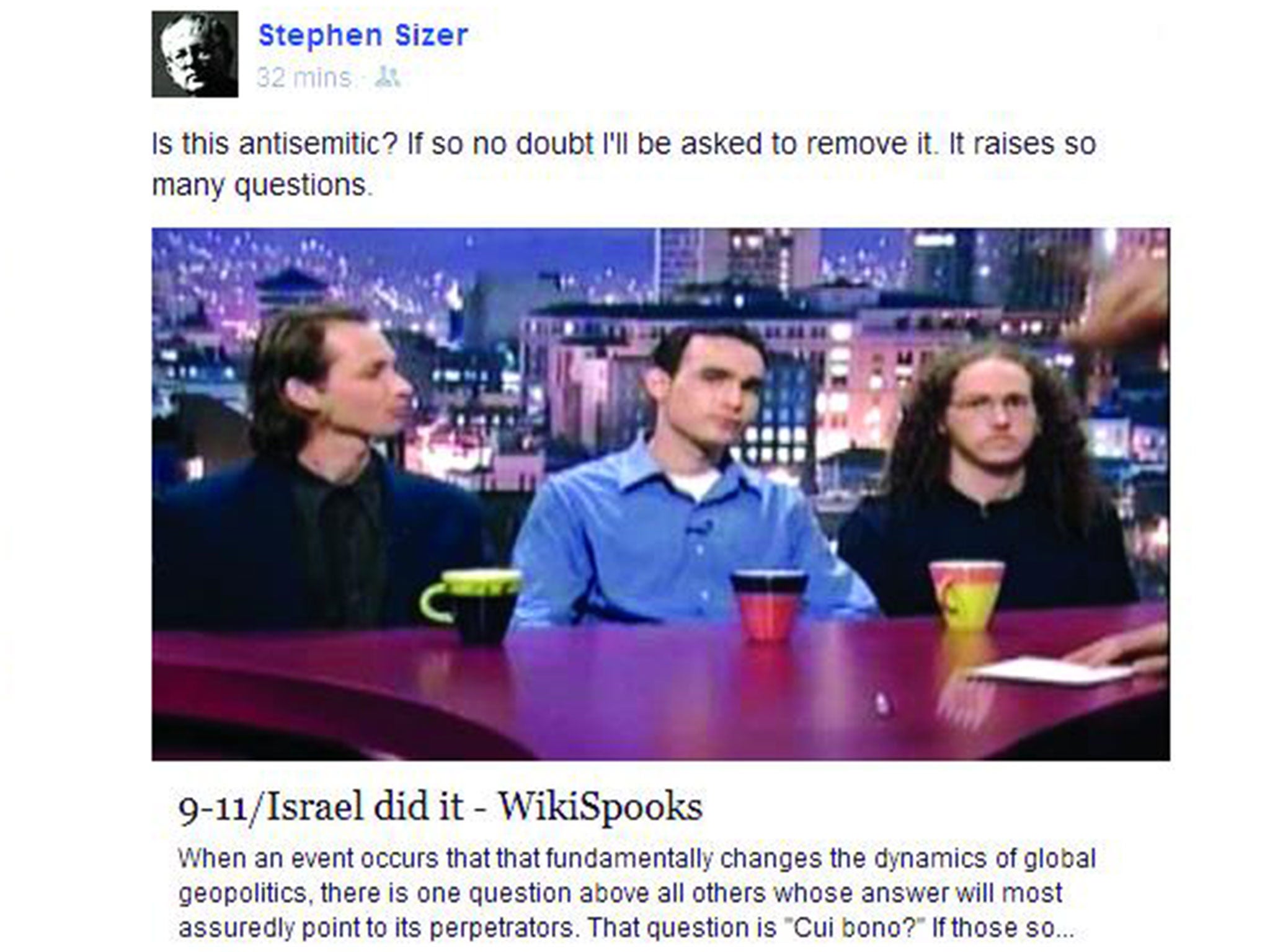 Why is this antisemitic?

First things first – it is obviously false. It’s a conspiracy theory. Fifteen of the sixteen 9/11 hijackers were Saudi nationals. Saudi Arabia is a state that is officially at war with Israel. The USA is Israel’s key ally (a point that Stephen Sizer himself emphasises repeatedly). Of course Israel was not complicit in the 9/11 attacks.

Rather than being truthful, it is a libel. Is it an anti-Israel libel or an antisemitic one (or both)? Well, throughout the ages, Jews have been accused of being behind everything bad in the world: the Black Death; the French Revolution; the American Revolution; the Russian Revolution; the Great Depression; World War One; World War Two; too much rain; too little rain; England losing on penalties; etc etc. If you were to accuse “the Jews” of being complicit in 9/11, it would undoubtedly be antisemitic. It does not become any less antisemitic if “the Jews” is replaced with “Israel”.

Which is why, unsurprisingly, you normally find this suggestion on racist websites which talk about “Jewish Criminal Power“.

When Stephen Sizer insinuated – for the second time – that Israel was complicit in 9/11, this was not “legitimate criticism of Israel”.

The insinuation was antisemitic.

This entry was posted in Uncategorized. Bookmark the permalink.